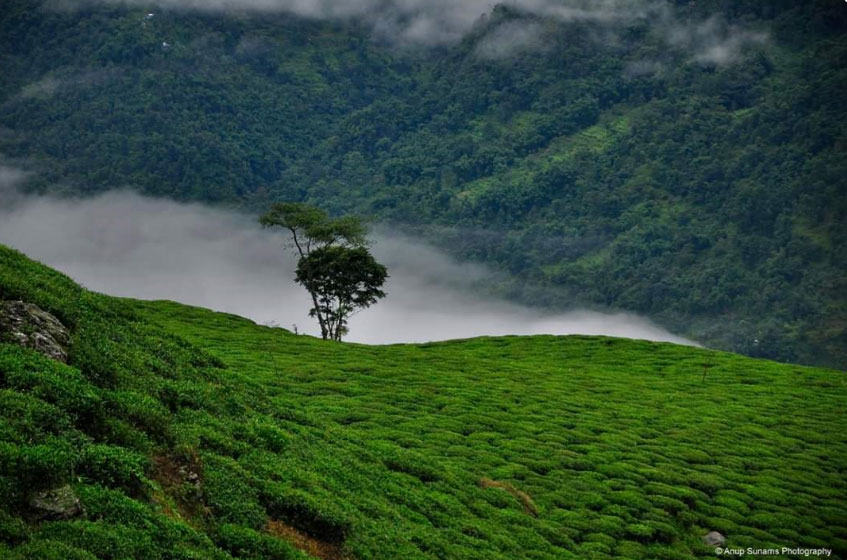 Darjeeling, a small, sleepy and picturesque hill town, nestled under the imposing peaks of the Himalayan Kanchenjunga range, in the north-eastern part of India, produces one of the finest brews the world has ever seen, TEA, locally known as CHIYA and as CHAI in the rest of India. The teas grown here are so unique that in many parts of the world people think Darjeeling is synonymous with tea, hence the phrase " A cup of Darjeeling ". Darjeeling tea was the first Indian product to receive the GI ( Geographical Indication of Goods ) tag. It has been said that the seeds and saplings of the Darjeeling tea plant have been planted in other places with similar climes and soil conditions but they somehow seem to lose their flavour once taken out of Darjeeling.

Tea was introduced to Darjeeling by the British. In 1841, Arthur Campbell, a civil surgeon of the Indian Medical Services was transferred to Darjeeling. He brought seeds of the Chinese tea plant, Camellia Sinensis and began experimenting with tea planting in Darjeeling. In 1847, the British government established tea nurseries in the region. Commercial development began in the 1850s. In 1856, the first tea garden ( Alubari Tea Garden ) was opened by the Kurseong and Darjeeling Tea Company. This was soon followed by others and the rest is history.

Traditionally, Darjeeling Teas are classified as black tea. However, more and more gardens are now producing Green, White and Oolong teas. Many Darjeeling teas appear to be a blend of black, green and oolong teas.

Tea plucking is conducted in three main harvests:
First Flush is harvested between March and April and has light and very gentle colour and aroma.
Second Flush is harvested in June and is characterised by an amber, full bodied and muscatel flavoured cup.
Autumnal Flush is harvested after the rainy season. This tea has a fuller body and darker colour but has lesser flavour.

There are two more harvests, In Between Flush between the first and second harvests and the Monsoon or Rains Tea harvested during the monsoon season. 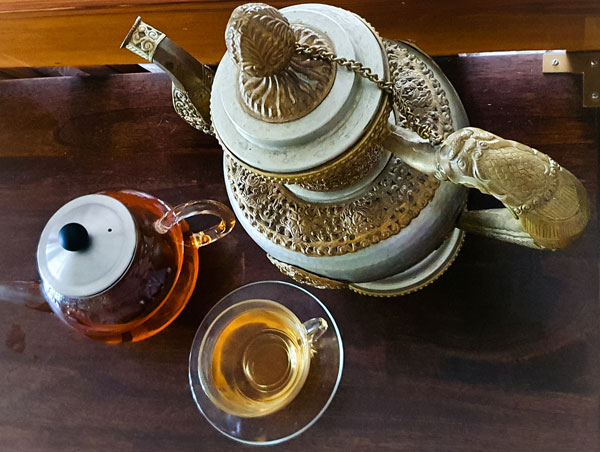 Darjeeling Tea is known for it's health benefits. Besides being loaded with antioxidants which neutralise free radicals and prevent cancer, studies have shown that drinking tea also provides cardio vascular benefits and improves bone density. In 2001, a review in " The Journal of Medical Microbiology " summarised several studies from the 1980s and 1990s in which tea drinkers had fewer incidences of dental cavities than drinkers of coffee and other beverages. Studies in black and green teas show anti obesity effects in humans and experimental animals. A 2010 review in "The Journal of Nutrition" concluded that the anti obesity effect was real but how this comes about is not understood. In 2011, "The Journal of Medicinal Food" published a study that concluded that it is possible that Darjeeling tea may provide effective dietary support for stomach ulcers. Healthy Eating proposes that Darjeeling teas are good for the skin and teeth and have anti inflammatory properties and can alleviate painful conditions like arthritis. They also have vitamins and minerals like Vitamin C, Vitamin K, calcium, potassium, magnesium and manganese which help in promoting general health.